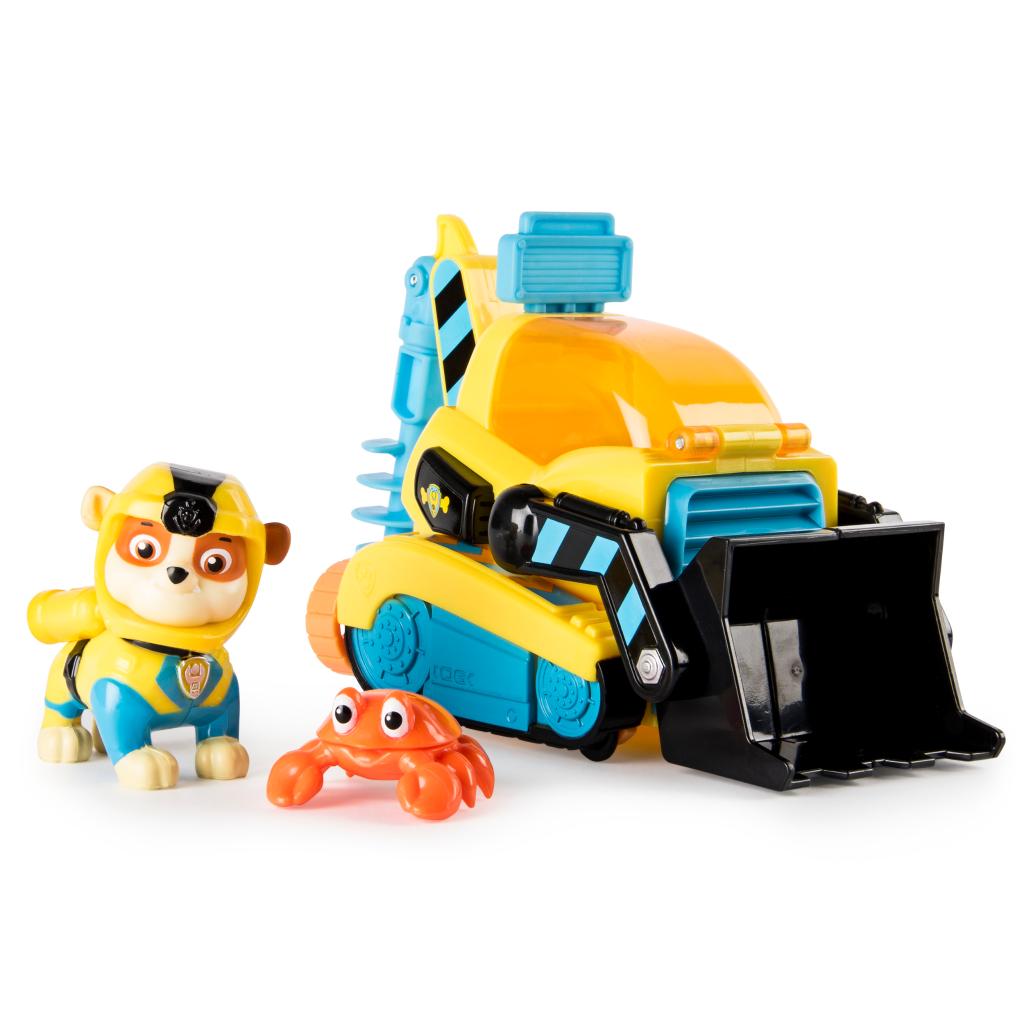 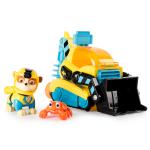 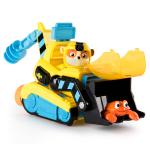 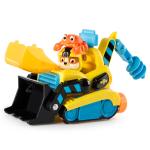 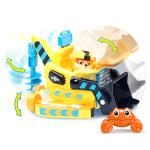 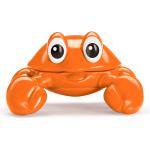 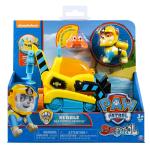 When there’s trouble in the water, Rubble’s there on the double with a 2-in-1 vehicle! Transform Rubble’s bulldozer into a deep-sea submarine and plunge into adventure! Complete with handy features, this vehicle is ready to take you and Rubble out on a new mission. Get rolling in bulldozer-mode and clear the way by lifting and lowering the front scoop. Use the spinning drill to get to the bottom of problems. When it’s time for a sea rescue, slide the submarine dome closed and flip the bulldozer treads down, so Rubble can smoothly glide through imaginary water! Along with a transforming vehicle, this set comes with a Rubble figure, outfitted in official Sea Patrol uniform, and a bonus crab sea friend figure! Collect all six pups and you can assemble the entire team! If you’re ready for adventure on land and sea, hop onto Rubble’s Sea Patrol Vehicle!