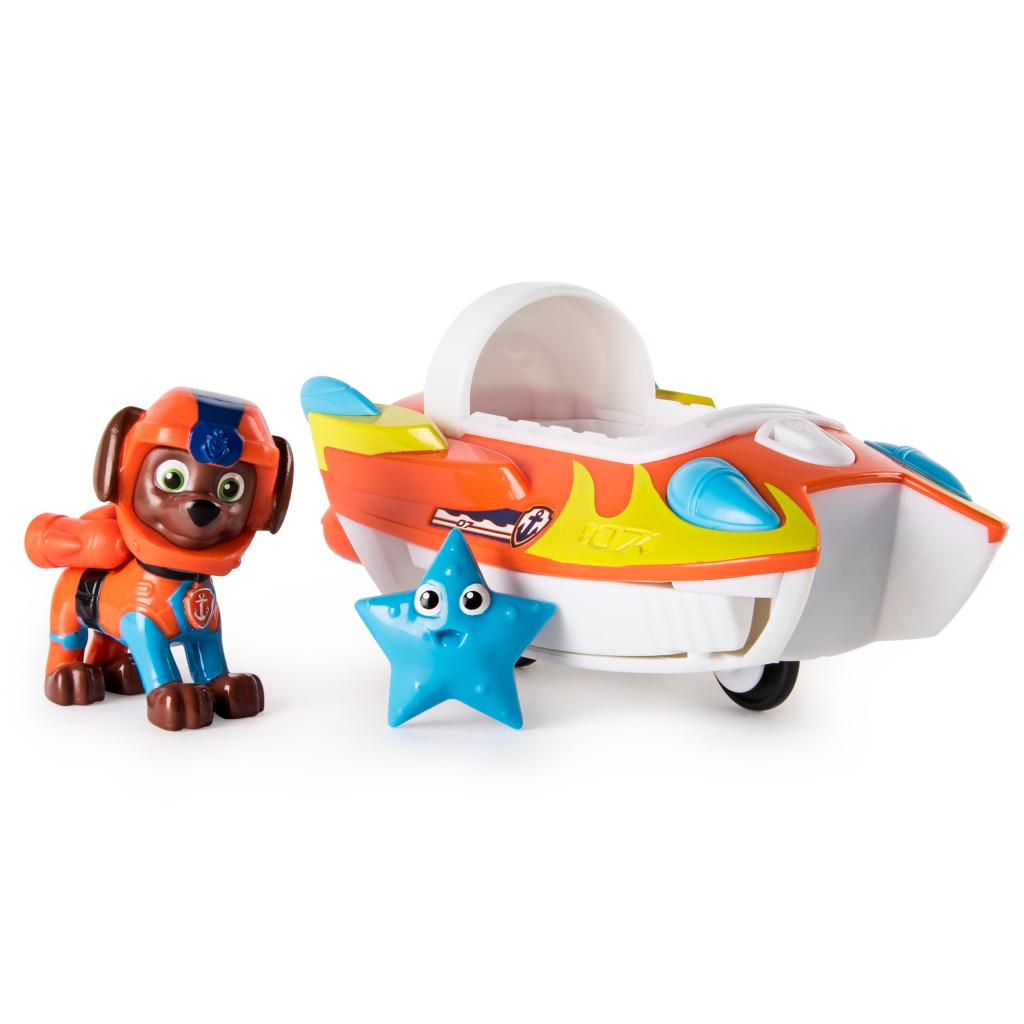 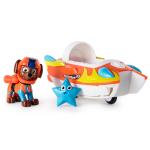 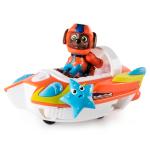 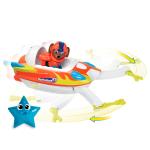 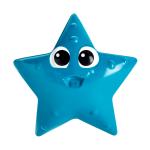 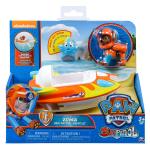 Join Zuma and dive into excitement aboard his 2-in-1 Sea Patrol Vehicle! As the Paw Patrol’s resident underwater expert, Zuma is prepared for any aquatic adventure! Place him (figure included) in the divers’ seat and whiz across Adventure Bay. When you and Zuma spot trouble, turn the speedboat into a rescue craft! Extend the rescue arms and use the claws to lift and move objects in your way. You can even team up with Zuma’s starfish sea friend (included) for even more adventure! To complete the Paw Patrol, collect all six pups! Ready, set, get wet with Zuma’s Sea Patrol Vehicle!